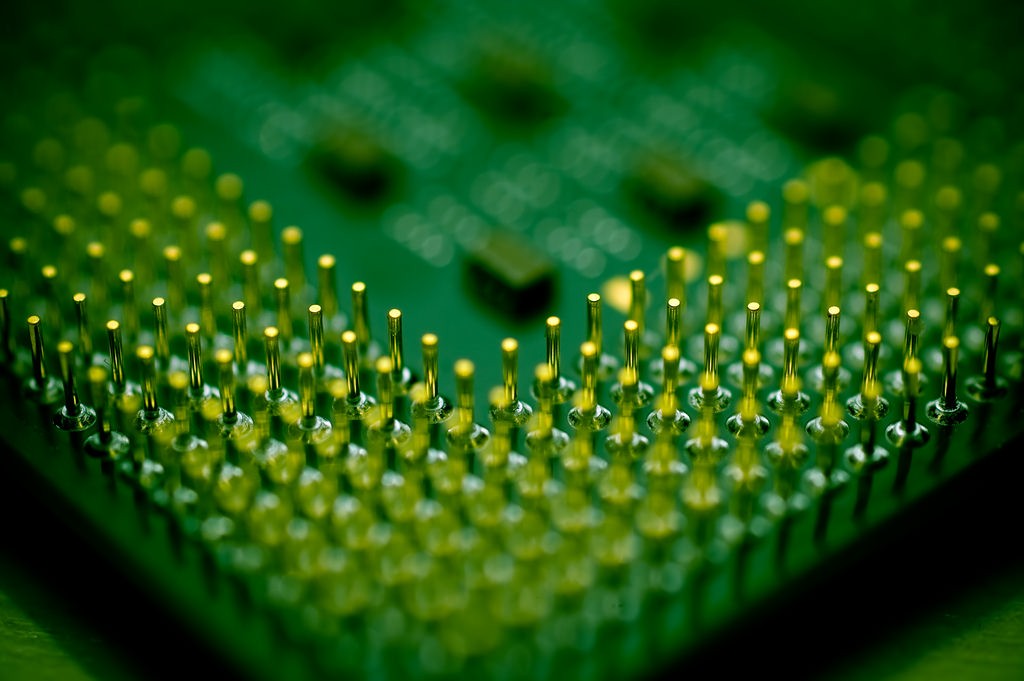 Scientists have found a way to boost the intensity of light waves on a silicon microchip using the power of sound.

Writing in the journal Nature Photonics, a team led by Peter Rakich describes a new waveguide system that harnesses the ability to precisely control the interaction of light and sound waves. This work solves a long-standing problem of how to utilize this interaction in a robust manner on a silicon chip as the basis for powerful new signal-processing technologies.

“Silicon is the basis for practically all microchip technologies,” says Rakich, who is an assistant professor of applied physics and physics at Yale University. “The ability to combine both light and sound in silicon permits us to control and process information in new ways that weren’t otherwise possible.”

Rakich says combining the two capabilities “is like giving a UPS driver an amphibious vehicle—you can find a much more efficient route for delivery when traveling by land or water.”

These opportunities have motivated numerous groups around the world to explore such hybrid technologies on a silicon chip. However, progress was stifled because those devices weren’t efficient enough for practical applications.

The Yale group lifted this roadblock using new device designs that prevent light and sound from escaping the circuits.

“Figuring out how to shape this interaction without losing amplification was the real challenge,” says Eric Kittlaus, a graduate student in Rakich’s lab and the study’s first author. “With precise control over the light-sound interaction, we will be able to create devices with immediate practical uses, including new types of lasers.”

The researchers say there are commercial applications for the technology in a number of areas, including fiber-optic communications and signal processing. The system is part of a larger body of research the Rakich lab has conducted for the past five years, focused on designing new microchip technologies for light.

The US Department of Defense’s Defense Advanced Research Projects Agency supported the project.

Source: Republished from Futurity.org as a derivative work under the Attribution 4.0 International license. Original article posted to Futurity by Jim Shelton-Yale