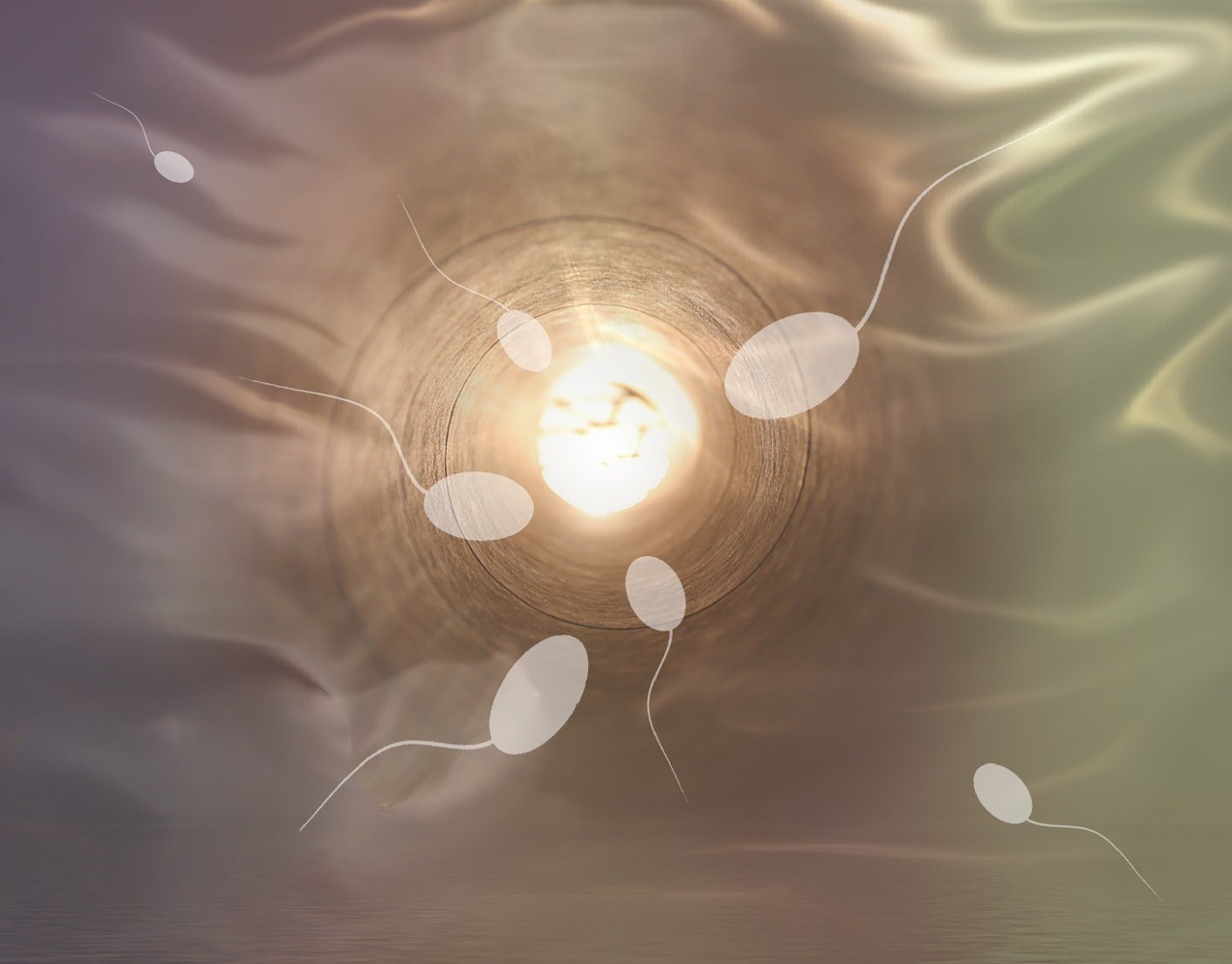 Biologists have discovered the switch that triggers the power kick sperm use to penetrate and fertilize a human egg, uncovering not only a possible source of male infertility but also a potential target for contraceptives that work in both men and women.

The switch is a protein receptor that responds to the female sex hormone progesterone, which is released by the egg or oocyte, the ultimate goal toward which sperm swim. Thousands of these receptors sit on the surface of a sperm’s tail and when the sperm gets close to the egg, the hormone activates the receptor and triggers a cascade of changes that make the tail snap like a whip, powering the sperm into and hopefully through the cells protecting the egg.

A drug that inactivates this newly discovered receptor, however, might make a good “unisex” contraceptive—one that could be used by either sexual partner.

“What’s really cool is that we have an actual target for unisex contraceptive development,” Miller says. “If you can stop progesterone from inducing a power stroke, sperm are not going to be able to reach or penetrate the oocyte.”

While there are other possible targets for a contraceptive that would prevent the initiation of the power stroke, called hyperactivation, or the simultaneous release of enzymes that cut through the protective layer around the egg, “this is one of the better options we have for a unisex contraceptive,” she says.

“Now that we know the players, the next step is to look in other tissues that express these proteins to see whether progesterone acts on them in a similar manner to affect pain threshold adjustment in pain sensing neurons, surfactant production in the lungs, or the excessive smooth muscle contractions found in asthma. This may be a universal pathway in all cells.”

Currently, doctors are unable to determine the cause of nearly 80 percent of all cases of male infertility, in part because little is known about the many molecular steps involved in the production of sperm and its interactions with the egg. Sperm may be to blame in half of all cases of infertile couples.

Yet because the US government forbids the use of federal funds for research that brings eggs and sperm together in the same dish, little research has been done on how egg-sperm interactions lead to infertility. And until five years ago, it was very difficult to study the inner workings of sperm—the body’s smallest cell—with ordinary lab techniques.

The new discovery comes thanks to techniques developed over the past five years that allow them to stick electrodes on a sperm’s tail and record its reactions to hormones, key to probing the molecular cascades that govern sperm behavior.

That technique led to their discovery that a large receptor on sperm tails—a calcium channel dubbed CatSper—is activated by progesterone from the egg. Progesterone unlocks the channel gate, letting electrically charged calcium atoms flood into the cell. This leads to a biochemical cascade that readies the sperm cell for its last-ditch effort to fertilize the oocyte.

SLOW AND STEADY WINS THE RACE

That proved to be the case: Progesterone actually binds to a previously mysterious enzyme called ABHD2, which is found at high levels in sperm. Once progesterone binds to the enzyme, which sits on the surface of the sperm, it removes a lipid (2AG) that has been inhibiting the calcium channel. Released of inhibition, CatSper opens the gate to calcium ions and eventual sperm activation.

The inhibitor of the calcium channel CatSper is probably there for a good reason: to prevent sperm from prematurely sprinting toward the egg and using up their limited supply of energy, Miller said.

“People tend to think of fertilization as like a marathon, where the fastest, most powerful sperm is going to win,” Miller says. “We think of it like the Tour de France, where the riders in front are blocking the wind for the actual winner. Fertilization is a team sport, where the first sperm clear the way, expending their energy to break through the barrier cells, so that the slow and steady guy can get into the oocyte.”

The study also sheds light on a long-standing mystery about steroids like progesterone: why they appear to act in two distinctly different ways. As a sex hormone, progesterone usually triggers a cascade of events in the cell that alter the expression of genes in the nucleus, a process that can take days. But sometimes progesterone causes immediate changes in the cell—something called non-genomic steroid signaling—that evidently use a quicker process than gene expression.

Other researchers from UC Berkeley and UC San Francisco and from Yale University are coauthors of the study that is published in the journal Science. The researchers have filed a patent on usage of ABHD2. The National Institutes of Health and by Pew Scholars and Alfred P. Sloan Awards to Lishko supported the work.