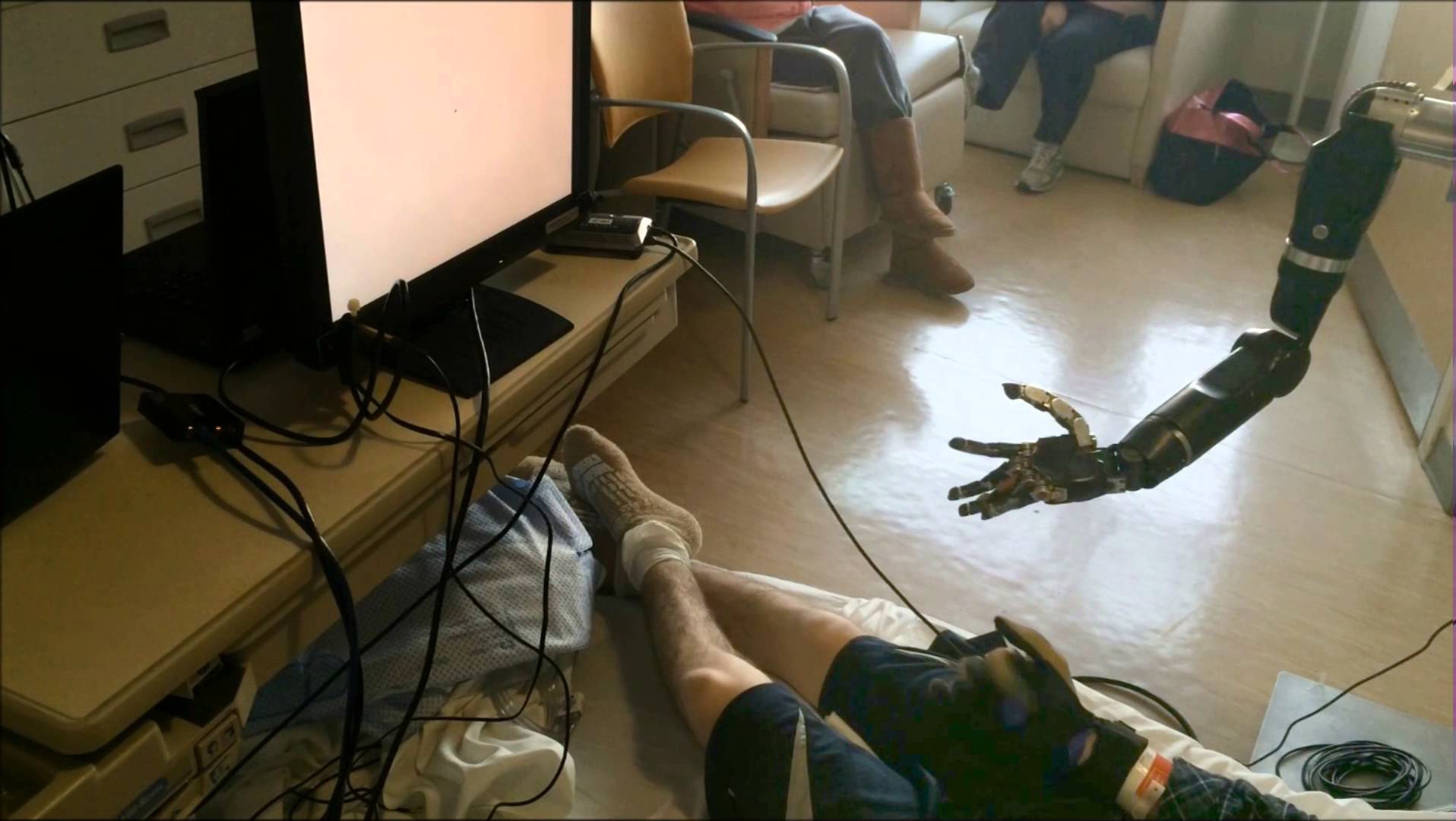 In a breakthrough that biomedical researchers at Johns Hopkins are claiming to be a first, a man has successfully wiggled the fingers of an artificial hand using his thoughts, and without needing extensive training to achieve the movement. The signals from his brain were picked up by an electrode implanted in his brain during a surgery he was already undergoing to help mitigate his epilepsy.

The breakthrough was facilitated by a using an array of 128 electrodes attached to a sheet of film about the size of a credit card. The new electrodes are more sensitive than similar equipment used in the past.

The experiment is detailed in a news release on the Johns Hopkins Medicine website:

Physicians and biomedical engineers from Johns Hopkins report what they believe is the first successful effort to wiggle fingers individually and independently of each other using a mind-controlled artificial “arm” to control the movement.

The proof-of-concept feat, described online this week in the Journal of Neural Engineering, represents a potential advance in technologies to restore refined hand function to those who have lost arms to injury or disease, the researchers say. The young man on whom the experiment was performed was not missing an arm or hand, but he was outfitted with a device that essentially took advantage of a brain-mapping procedure to bypass control of his own arm and hand.

“We believe this is the first time a person using a mind-controlled prosthesis has immediately performed individual digit movements without extensive training,” says senior author Nathan Crone, M.D., professor of neurology at the Johns Hopkins University School of Medicine. “This technology goes beyond available prostheses, in which the artificial digits, or fingers, moved as a single unit to make a grabbing motion, like one used to grip a tennis ball.

Continue to the next page to see a video of the research and learn the full details.