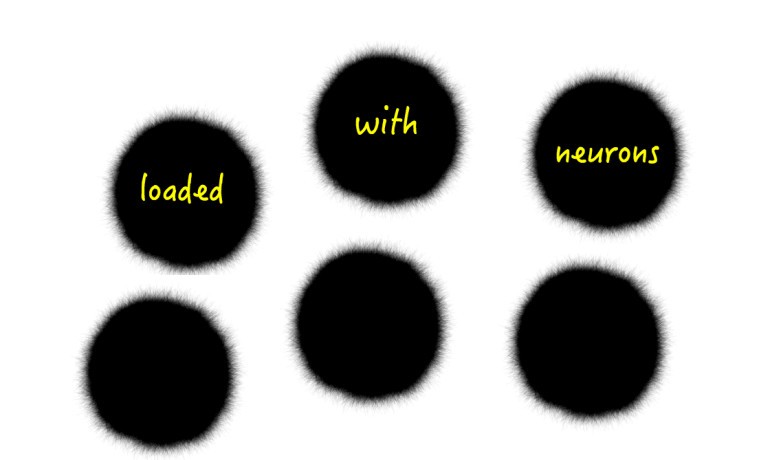 Biomedical scientists have figured out how to convert adult tissue-derived stem cells into human neurons on 3D “scaffolds,” or tiny islands of fibers.

For a new study, scientists injected the scaffolds, loaded with beneficial neurons to replace diseased cells in mouse brains.

“If you can transplant cells in a way that mimics how these cells are already configured in the brain, then you’re one step closer to getting the brain to communicate with the cells that you’re now transplanting,” says Prabhas V. Moghe, professor of biomedical engineering and chemical and biochemical engineering at Rutgers University. “In this work, we’ve done that by providing cues for neurons to rapidly network in 3D.”

Neurons, or nerve cells, are critical for human health and functioning. Human brains have about 100 billion neurons, which serve as messengers that transmit signals from the body to the brain and vice versa.

The new 3D scaffold consists of tiny polymer fibers. Hundreds of neurons attach to the fibers and branch out, sending their signals. Scaffolds are about 100 micrometers wide—roughly the width of a human hair.

“We take a whole bunch of these islands and then we inject them into the brain of the mouse,” Moghe says. “These neurons that are transplanted into the brain actually survived quite miraculously well. In fact, they survived so much better than the gold standard in the field.” Indeed, the scaffold technology results in a 100-fold increase in cell survival over other methods.

These diseases and conditions often arise from the loss of brain cells. Parkinson’s disease, for example, is caused by the loss of brain cells that produce dopamine, a key neurotransmitter. Brain cell loss can lead to trembling in the hands, arms, legs, jaw and face; rigidity, or stiffness of the limbs and trunk; slowness of movement; and impaired balance and coordination, according to the National Institutes of Health.

The next step would be to further improve the scaffold biomaterials, allowing scientists to increase the number of implanted neurons in the brain. “The more neurons we can transplant, the more therapeutic benefits you can bring to the disease,” Moghe says. “We want to try to stuff as many neurons as we can in as little space as we can.”

The idea is to “create a very dense circuitry of neurons that is not only highly functioning but also better controlled.” Testing of mice with Parkinson’s disease is underway to see if they improve or recover from the illness.

Eventually, with continued progress, the researchers could perform studies in people—but Moghe estimates that won’t happen for another 10 to 20 years.

The study is published in the journal Nature Communications. Other researchers from Rutgers and from Stanford University are coauthors of the study.

Source: Republished from Futurity.org as a derivative work under the Attribution 4.0 International license. Original article posted to Futurity by Todd Bates-Rutgers.