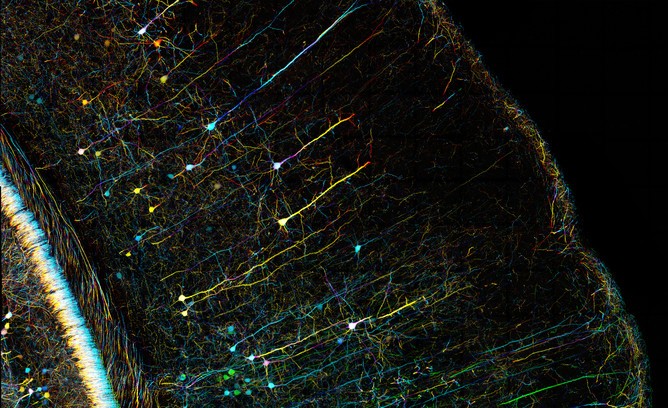 But the 21st-century science of genomics delivered a new surprise about the brain. Genomics examines the entire set of genetic information contained within cells, the activities of genes and the interactions between them. Genomics revealed that the brain’s genes are considerably more involved in regulating behavior than ever imagined.

Genes direct the production of the above-mentioned brain molecules via intermediaries made of RNA. RNA molecules tell the machinery of the cell when and how to make the proteins it needs to grow and function. Technologies developed over the last 20 years have allowed researchers to monitor the ebbs and flows of RNA produced by every gene in the brain with increasing precision. These studies have unveiled a surprisingly close relationship between behavior and gene activity in the brain.

Some of the earliest insights into the close relationship between behavior and brain gene activity came from an unlikely source: the brain of the honeybee. Honeybees, like humans, live in a complex society, and they too are strongly influenced by what others around them are doing.

My laboratory discovered that changes in behavior are orchestrated by altered activity of thousands of genes in the bee brain. In some cases, the relationship between behavior and brain gene activity is so close that a computer program can accurately predict, from patterns of brain gene activity alone, the bee’s behavior. It turns out that similar genomic responses are found in many other species, including human beings, a finding that reinforces the idea of genes within neurons as a driving force underlying behavior.

This discovery was surprising because neurons are known to adjust how they communicate with each other to cause changes in behavior via mechanisms that do not require immediate changes in gene activity. Although we knew the molecules of the brain must be continually manufactured to enable neuronal circuits to rewire as a result of age and accumulated experience, neuroscientists didn’t anticipate that the relationship between brain gene activity and behavior would be so tightly coupled.