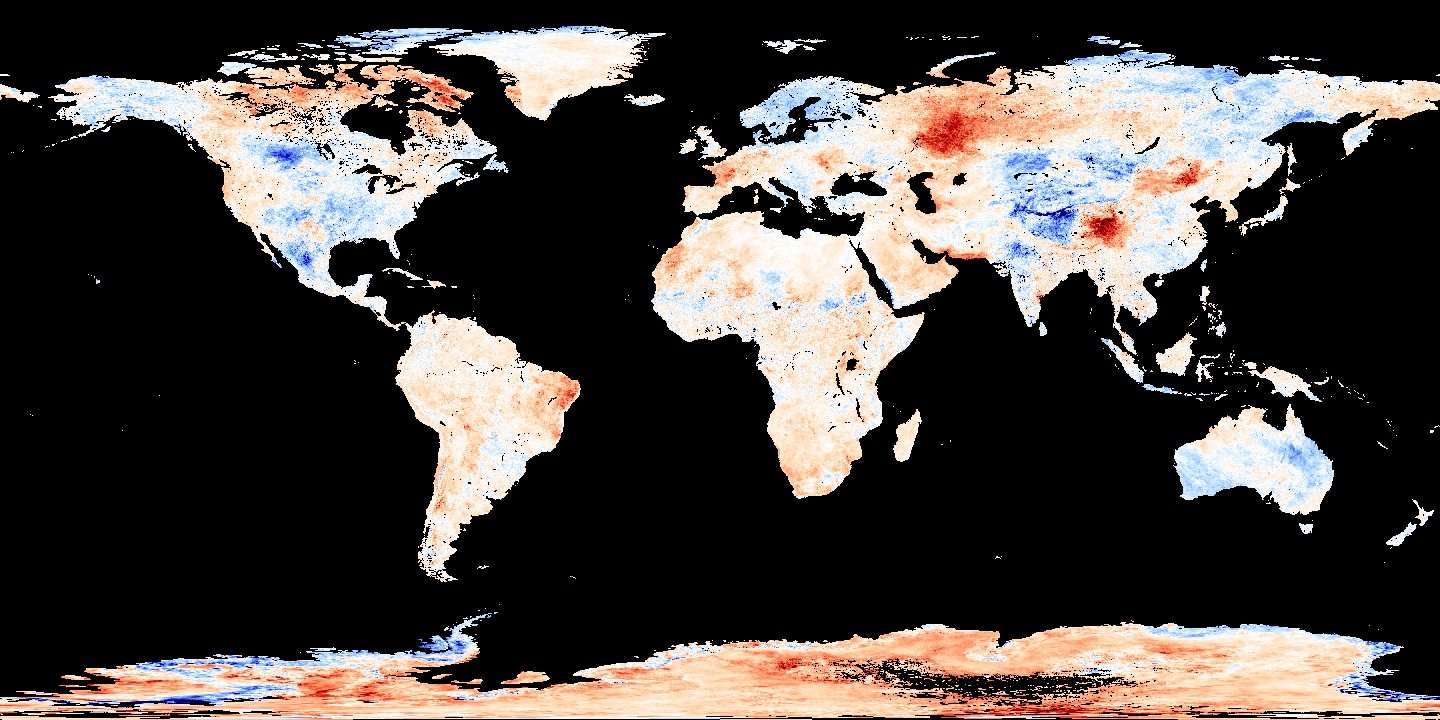 A companion announcement issued simultaneously by the NASA Earth Observatory reports that August 2016 was the warmest August in 136 years of modern record-keeping, according to a monthly analysis of global temperatures by scientists at NASA’s Goddard Institute for Space Studies (GISS).

“Monthly rankings, which vary by only a few hundredths of a degree, are inherently fragile,” said GISS Director Gavin Schmidt. “We stress that the long-term trends are the most important for understanding the ongoing changes that are affecting our planet.” Those long-term trends are apparent in the plot of temperature anomalies above.

The record warm August continued a streak of 11 consecutive months (dating to October 2015) that have set new monthly temperature records. The analysis by the GISS team is assembled from publicly available data acquired by about 6,300 meteorological stations around the world, ship- and buoy-based instruments measuring sea surface temperature, and Antarctic research stations. The modern global temperature record begins around 1880 because previous observations didn’t cover enough of the planet.

Sources: News and data releases from NOAA and the NASA Earth Observatory.