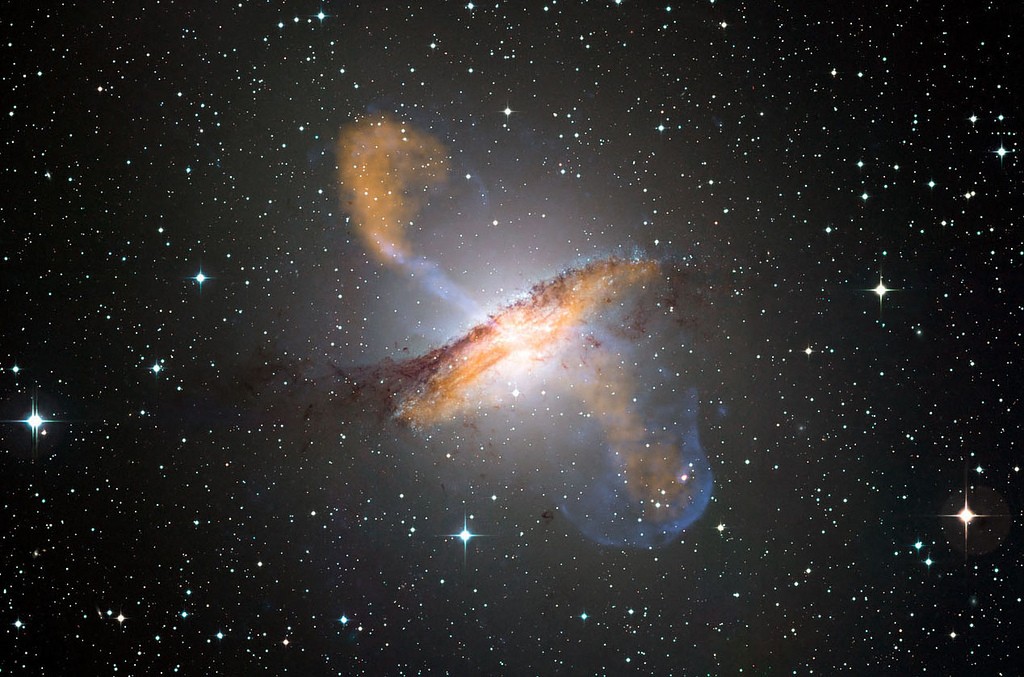 Just about a year ago, astronomers from Ohio State University using an optical telescope in Hawaii discovered a star that was being pulled from its normal path and heading for a supermassive black hole. Because of that exciting find, scientists have now for the first time witnessed a black hole swallow a star and then, well, belch!  When a black hole burps, it quickly ejects a flare of stellar debris moving at nearly light speed, a very rare and dazzling event.

Astrophysicists tracked the star—about the size of our sun—as it shifted from its customary path, slipped into the gravitational pull of a supermassive black hole, and was sucked in, says Sjoert van Velzen, a Hubble fellow at Johns Hopkins University.

“These events are extremely rare,” says van Velzen, lead author of the study published in the journal Science. “It’s the first time we see everything from the stellar destruction followed by the launch of a conical outflow, also called a jet, and we watched it unfold over several months.”

Black holes are areas of space so dense that irresistible gravitational force stops the escape of matter, gas, and even light, rendering them invisible and creating the effect of a void in the fabric of space.

Astrophysicists had predicted that when a black hole is force-fed a large amount of gas, in this case destroying a whole star, then a fast-moving jet of wreckage in the form of plasma—elementary particles in a magnetic field—can escape from near the black hole rim, or “event horizon.” This study suggests this prediction was correct, the scientists say.

“Previous efforts to find evidence for these jets, including my own, were late to the game,” adds van Velzen, who led the analysis and coordinated the efforts of 13 other scientists in the United States, the Netherlands, Great Britain, and Australia.

Continue reading to see the unusual way that this discovery was first reported, which then led to these first-of-a-kind observations…