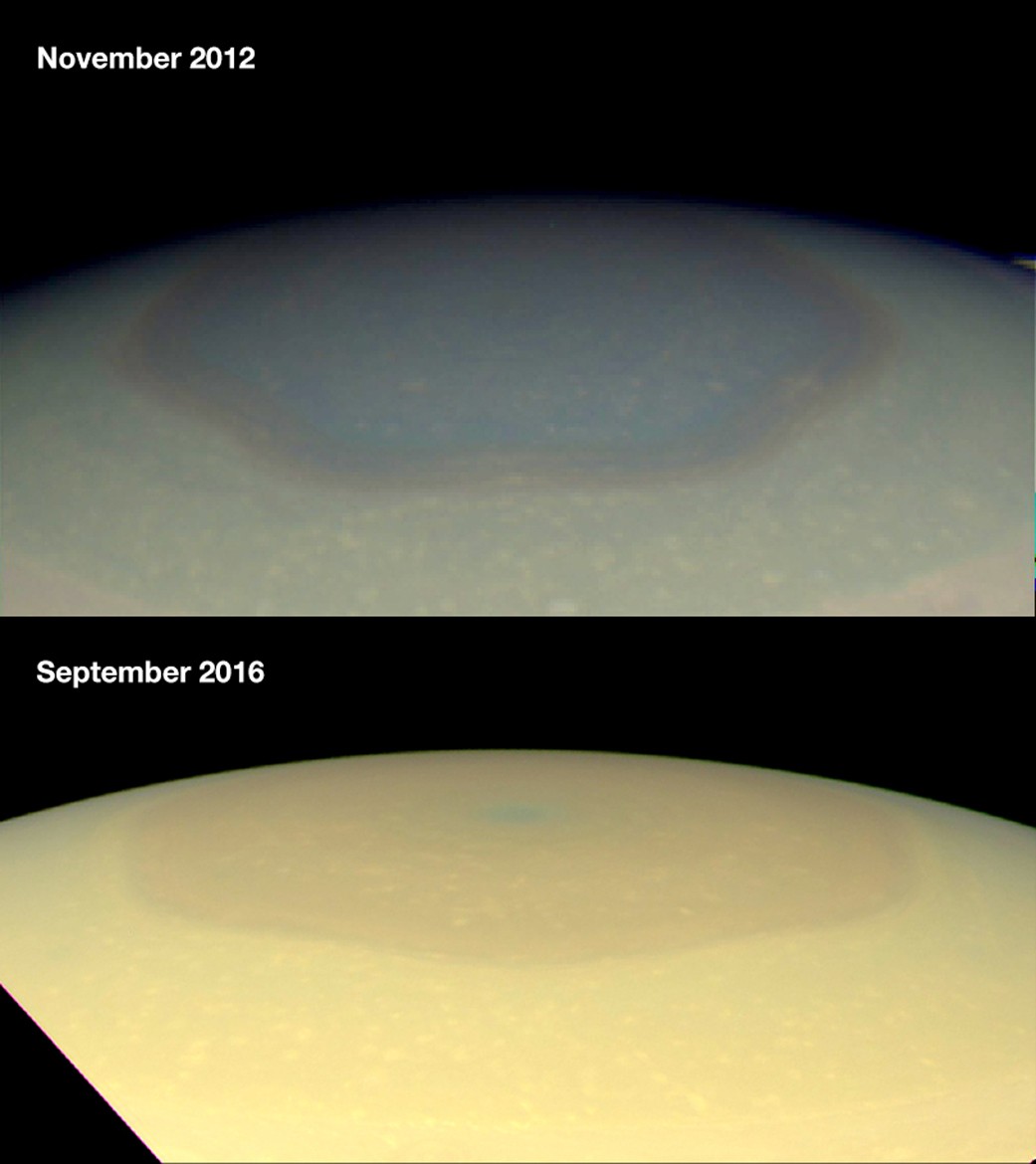 Scientists are investigating potential causes for the change in color of the region inside the north-polar hexagon on Saturn. The color change is thought to be an effect of Saturn’s seasons. In particular, the change from a bluish color to a more golden hue may be due to the increased production of photochemical hazes in the atmosphere as the north pole approaches summer solstice in May 2017.

Other effects, including changes in atmospheric circulation, could also be playing a role. Scientists think seasonally shifting patterns of solar heating probably influence the winds in the polar regions.

Both images were taken by the Cassini wide-angle camera.

Source: News release on NASA.gov used under public domain rights and in compliance with the NASA Media Guidelines.