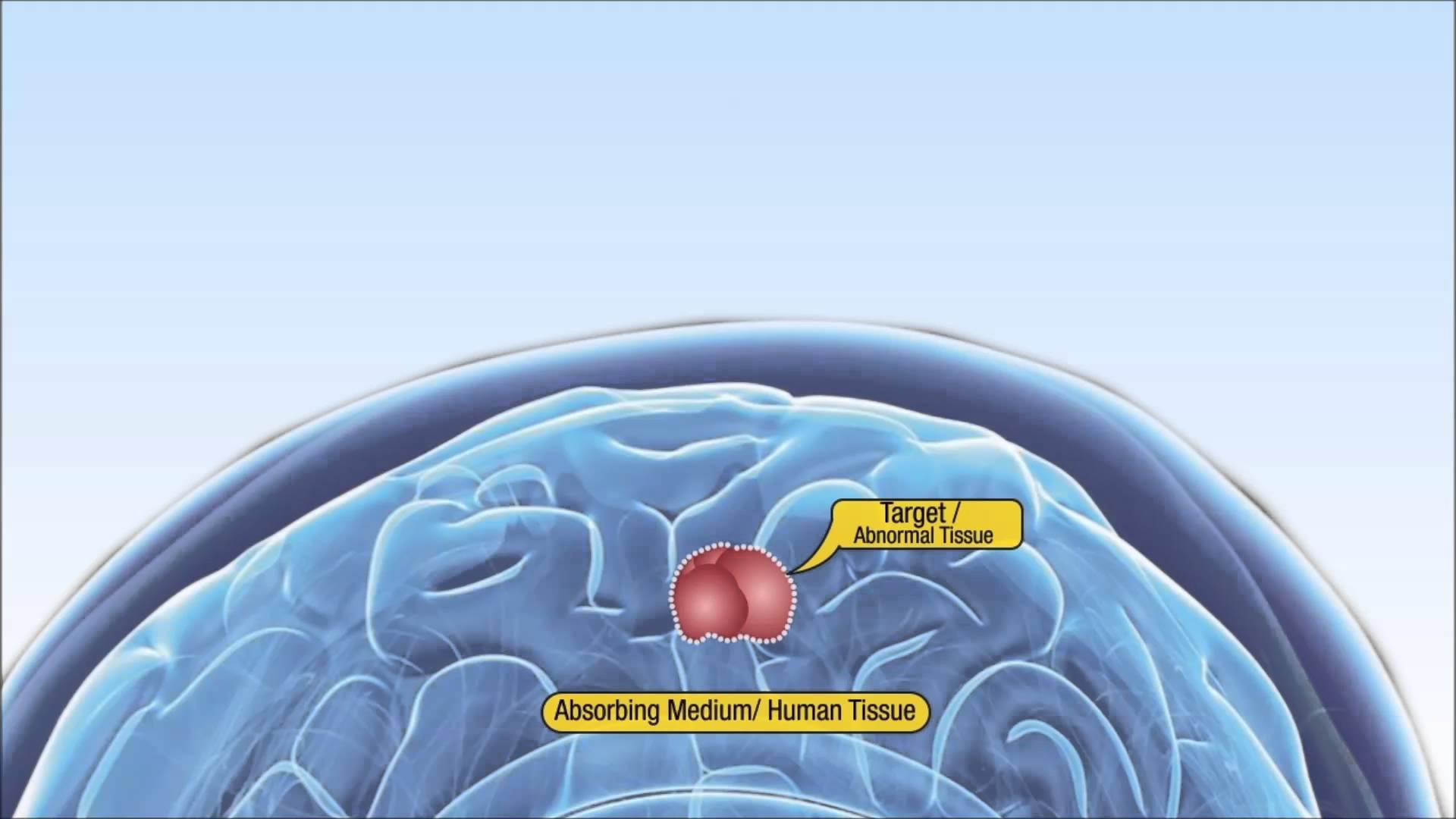 Solving the technical challenges of detecting ultrasound after it left the ground gave the researchers the experience to take aim at their ultimate goal—using the device in medical applications without touching the skin.

Researchers then used brief microwave pulses to heat a flesh-like material that had been implanted with a sample “target.” Holding the device from about a foot away, the material was heated by a mere thousandth of a degree, well within safety limits.

Yet even that slight heating caused the material to expand and contract—which, in turn, created ultrasound waves that scientists were able to detect to disclose the location of the target, all without touching the “flesh,” just like the Star Trek tricorder.

“We’ve been working on this for a little over two years,” says research professor Pierre Khuri-Yakub. “We’re still at an early stage but we’re confident that in five to ten to fifteen years, this will become practical and widely available.”

Prior medical research has shown that tumors grow additional blood vessels to nourish their cancerous growth. Blood vessels absorb heat differently than surrounding tissue, so tumors should show up as ultrasound hotspots.

“We think we could develop instrumentation sufficiently sensitive to disclose the presence of tumors, and perhaps other health anomalies, much earlier than current detection systems, non-intrusively and with a handheld portable device,” Arbabian says.

Moreover, the researchers believe that their microwave and ultrasound detection system will be more portable and less expensive than other medical imaging devices such as MRI or CT, and safer than X-rays.

Republished from Futurity.org as a derivative work under the Creative Commons Attribution 4.0 International license. Original post on Futurity by  Tom Abate-Stanford