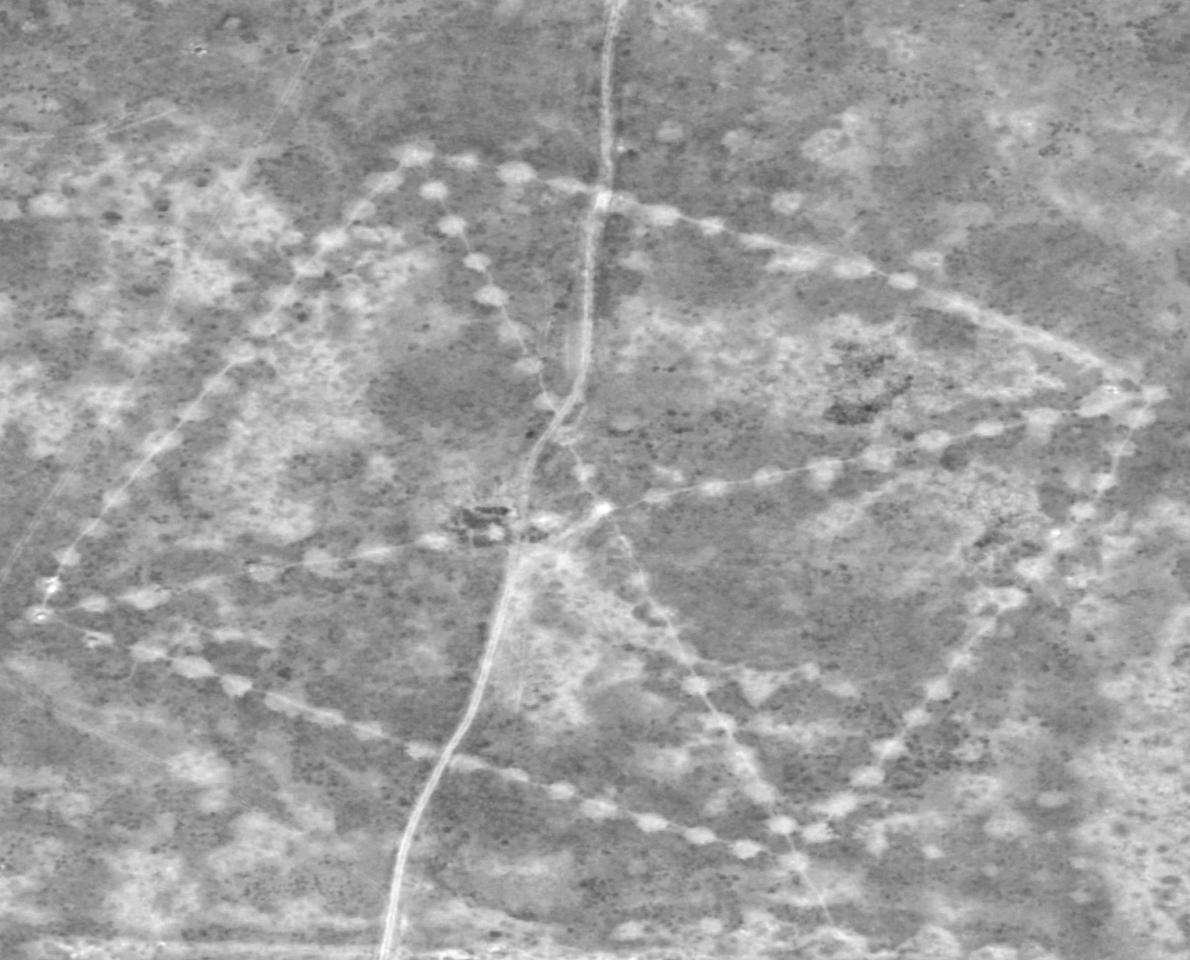 A surprising discovery made by a business manager in the relatively new nation of Kazakhstan has started a buzz in the world of archaeology. Inspired by a television show on the Egyptian pyramids, Dmitriy Dey went looking for evidence of large, ancient artifacts in his home country using Google Earth as his research tool.

An amazing article on the National Geographic website chronicles the discovery and the mystery surrounding the ancient structures that he did find:

After watching a television show about ancient pyramids built outside Egypt, Dmitriy Dey wondered if his own Central Asian nation of Kazakhstan might harbor such exotic ruins. A business manager in the northern city of Kostanay, Dey began to study satellite images on Google Earth during his off hours.

He found no pyramids, but he did spot dozens of odd, human-made features scattered across a remote area of the steppe that’s half the size of New Jersey.

Eight years after he saw the TV show, Dey’s unusual discovery is stoking a public debate about these peculiar mounds and earthworks. Though barely noticeable on the ground, the forms take on a dazzling array of shapes—including huge circles, crosses, squares, and swastikas—when seen from high above.

But archaeologists disagree on the age, purpose, and even the number of the features, which are reaping widespread publicity thanks to dramatic satellite images released recently by NASA.

The featured image for our article here shows one pattern type of the earthworks. Continue on to the next page to see an image of another pattern…