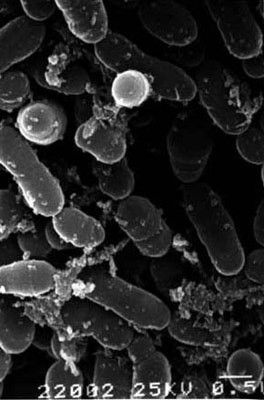 What??? Yes, you read that right, and researchers at the University of Florida say that you can fight the bacteria that causes cavities with… the same bacteria genetically modified not to cause cavities… Confused yet?  Here’s what the informative article on the UF Dental College website reports:

Fighting tooth decay could someday be as simple as using a mouth rinse, thanks to a University of Florida researcher who has genetically altered the bacterium known to cause tooth decay into a form that may permanently prevent the disease.

Ok, but that’s not the really weird part. We’ll clue you in on that on the next page… 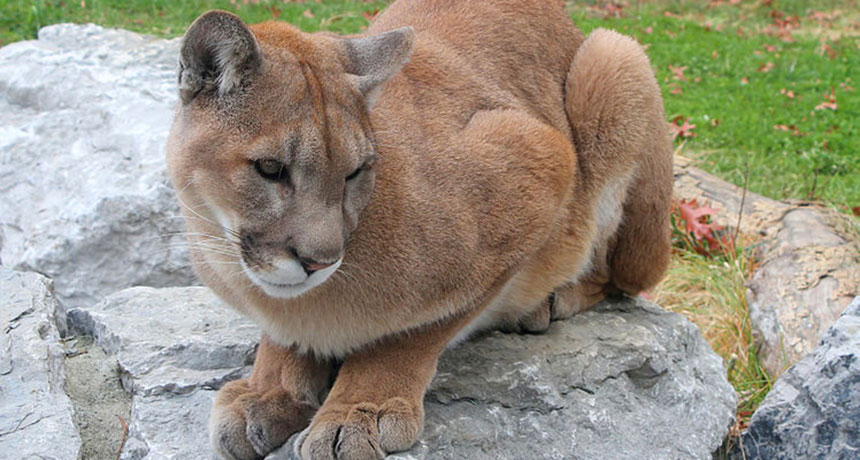 A somewhat mind-bending study found that reintroducing cougars to Eastern US could be a net benefit for people. As reported by the great folks over at Science News, researcher Sophie Gilbert and her team from the University of Alaska found that it really could be the case:

The key is the big cats’ predation on deer. Deer are huge problems. The animals damage crops and gardens. They transmit diseases. And they get hit by cars, sometimes injuring or even killing people. Cougars eat deer, and if there were more cougars, vehicle collision rates might drop, the scientists figured.

…and that could save lives, lower insurance premiums, and overall be good thing for humans.

But what about the downsides of having these large predators around?  Next, we look at how the team addressed those…

Hey, I found a cool idea for the kids: how about sending the Curiosity rover on Mars a postcard? 🙂

Curiosity has been roving around on Mars for over 3 years and sending us “postcards” in the form of amazing pictures of the Martian landscape, and maybe it’s getting a bit lonely there, so how about let’s show some love and send Curiosity a postcard back!

After you send your postcard, you’ll be able to see all of the other postcards that kids from around the world have sent to Curiosity.

We just discovered this incredibly novel research from the scientists at Brown University: it turns out that they’ve compared the North American dog fossil record to climate change data going back 40 million years and here’s what they found:

Old dogs can teach humans new things about evolution. In Nature Communications a new study of North American dog fossils as old as 40 million years suggests that the evolutionary path of whole groups of predators can be a direct consequence of climate change.

“It’s reinforcing the idea that predators may be as directly sensitive to climate and habitat as herbivores,” said Christine Janis, professor of ecology and evolutionary biology at Brown University, who worked with lead author Borja Figueirido, a former Brown Fulbright postdoctoral researcher who is now a professor at the Universidad de Málaga in Spain. “Although this seems logical, it hadn’t been demonstrated before.”

On the next page, you’ll find out more about how the changing climate affected the evolution of both herbivores and predators like those earlier dogs… 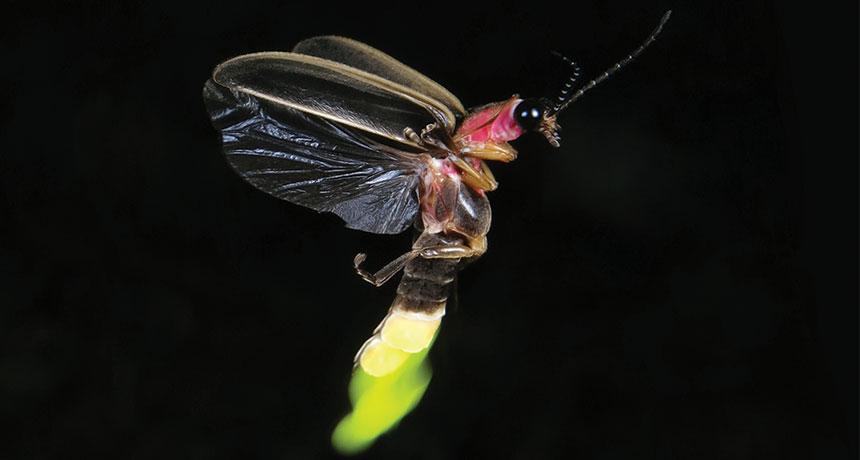 This one lands a little bit in the realm of “wait, how much was the research grant they got for that?” And actually this very interesting Science News article we found didn’t really detail why we should be so concerned about female fireflies getting turned off by LED lighting (other than the obvious reasons), but we’ll assume there is a good reason. If  you know what it is, feel free to add it to the comments!

And it’s always interesting to ponder how human inventions impact the rest of the living world, so here’s a bit of what Science News had to say about firefly sex disruption:

The glow of LED lights might throw off the flirtations of fireflies, new tests suggest.

Females of the big dipper species (Photinus pyralis) don’t flash back at twinkling males quite as often as expected when forced to court under artificial light, says ecologist Ariel Firebaugh of the University of Virginia in Charlottesville. And these less flashy females didn’t end up mating. 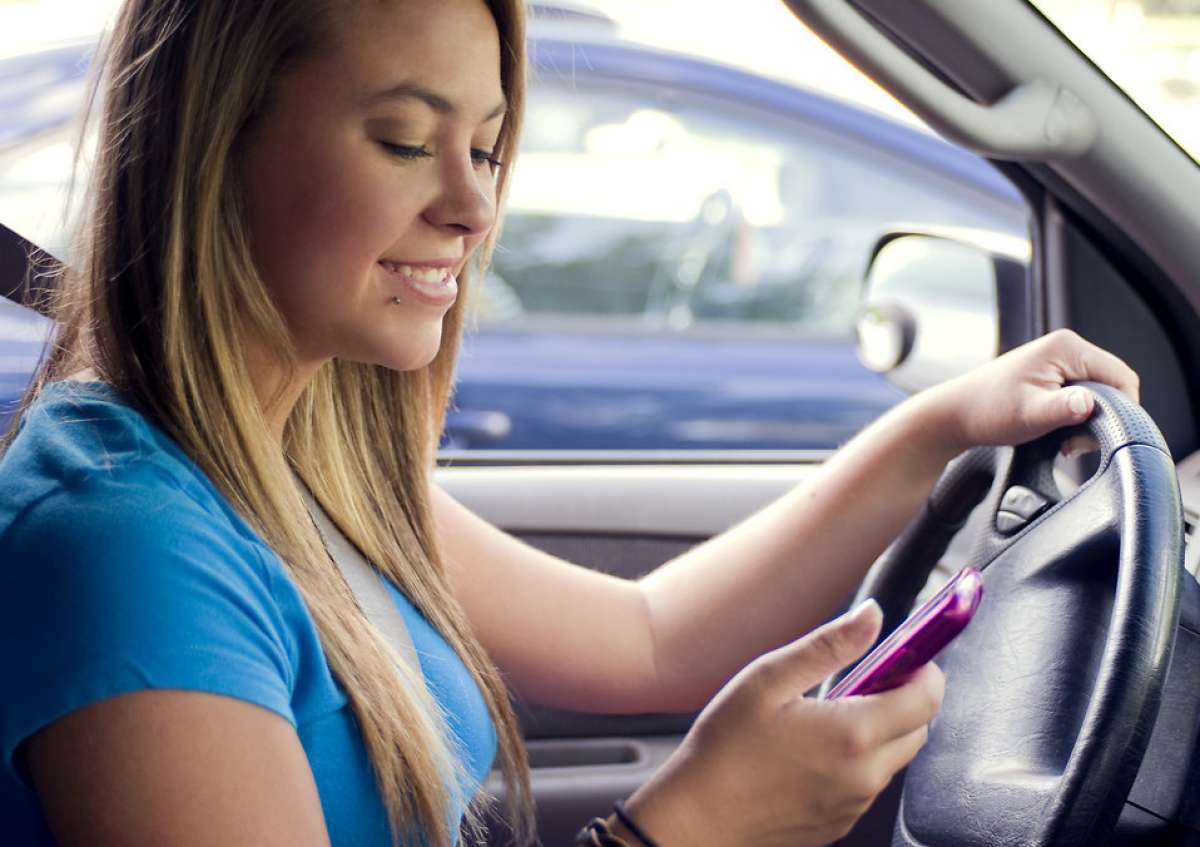 Ever had a hard time concentrating because your devices keep interrupting you with notifications? According to a very cool article over on Popular Science, researchers from Tufts University are working on an app for that!

In the time between when you start and finish reading this article, you might check various social media notifications, gaze at your texts, maybe read another few paragraphs of that article on potatoes you meant to read last night. You might think you’re multitasking when you do that, but your brain is actually just switching quickly between tasks, and that means that you’re probably doing all of them pretty poorly. Now computer scientists from Tufts University are developing a system that detects your brain waves and, if your mind is busy, the software can quiet the frenetic beeping of your devices so you can actually concentrate, according to the New Scientist.

The project is called “Phylter” and it uses functional near-infrared spectroscopy (fNIS), a measurement of how the blood flows in the brain. It works by attaching a monitor to the user’s forehead with a band, which shoots beams of light into the brain…

The article goes on to describe how Phylter uses machine learning algorithms to figure out which electronic interruptions are actually important to you and lets those come through while blocking others.  Check out the full article and links to the research over on the Popular Science website. 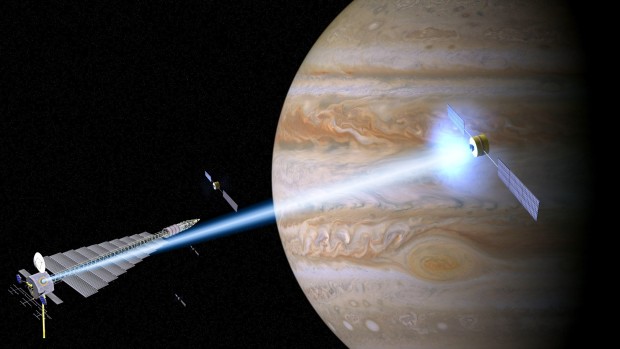 I found an article on Geekwire.com that just rearranged my mind… I read so many SciFi books when I was younger that talked about these “fantastic” space travel concepts like solar sails, ion drives, and fusion engines. Like most people would, I figured that they were more on the fiction side of it than the science side.  Turns out that I was very wrong about that!  The article details six technologies that come straight out of those old SciFi books but are actually being researched and created today… Amazing!

Check this out from the Geekwire article:

Ion drives: These are the engines that provide the “impulse power” for starships on “Star Trek,” but the technology is science fact, not fiction. The current generation of solar-powered ion thrusters provide only enough push as a piece of paper weighing down on your hand — but they figure prominently in NASA’s Dawn mission to Ceres and Vesta and the future mission to a near-Earth asteroid. Aerojet Rocketdyne’s Redmond office plays a key role in electric propulsion development.

See the next page for another mind-blower… 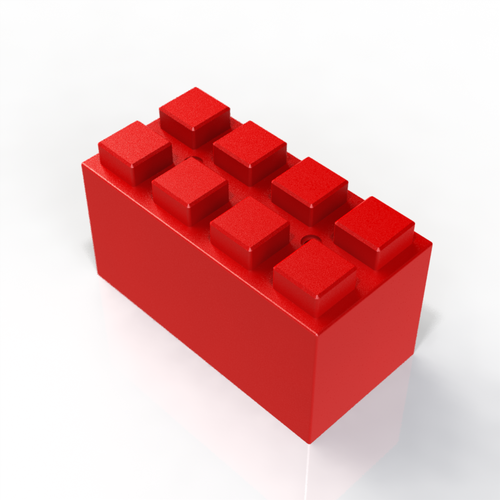 Ok, now this is such a cool idea, it’s amazing to us here at Science Rocks My World that it hasn’t been thought of before!  We found this great article over on GeekWire.com that shows some excellent examples of useful things you can actually build with these new Lego-like blocks that are made by a startup named EverBlock out of New York.

According to the GeekWire  article:

EverBlock‘s modular building blocks allow you to create almost anything you could with Legos. Blocks can easily be put together to create furniture, walls, art installations and more.
The blocks come in four styles, 12 colors and don’t require any other parts or tools to assemble objects. You can purchase them separately or in “packs,” with prices starting around $5 per piece.

Ok, so what is the coolest thing you can think of that you could build with these giant-sized Legos?  Well, check the next page for the answer to that! 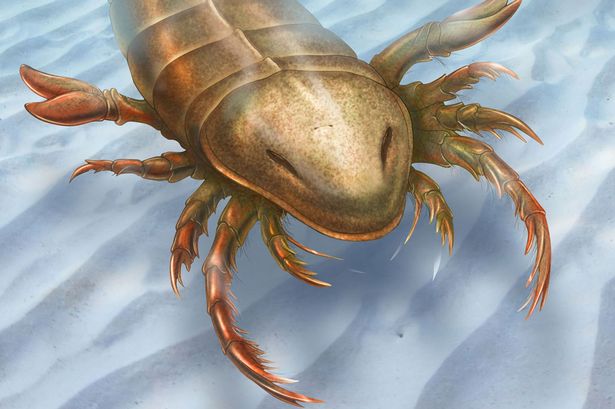 An ancient, giant sea scorpion measuring almost 6 feet long (2 meters) that lived 467 million years ago has been discovered by research scientists at Yale University. The newly-found scorpion fossil was named Pentecopterus decorahensis, and has many unique characteristics that have not been seen before.

Originally reported by the BBC, this great article on the Mirror reports some excellent details:

A monstrous sea scorpion measuring six-feet-long that lived 467 million years ago has been discovered.

The creature was one of the most powerful ocean predators of its time, with a ‘helmet’ shielding its head and large grasping limbs for trapping prey.

Scientists have named the beast Pentecopterus decorahensis, after the “penteconter”- an ancient Greek ship rowed by 50 oarsmen that saw service in the Trojan War.

Although they look like relatives of lobsters or crabs, sea scorpions, or “eurypterids”, were in fact the ancestors of modern spiders.

Lead researcher Dr James Lamsdell, from Yale University in the US, said: “The new species is incredibly bizarre. The shape of the paddle – the leg which it would use to swim – is unique, as is the shape of the head. It’s also big – over a meter-and-a-half long!